Montreal, October 26th, 2016 - Snowmobile safety is a primary and constant preoccupation for the Fédération des clubs de motoneigistes du Québec (Quebec federation of snowmobile clubs, or FCMQ). This is precisely the reason behind the FCMQ’s decision to ally itself with International Engineering & Manufacturing Inc., better known by its trade name Woody’s, for the launching of a new safety campaign geared to promoting and encouraging stud use on snowmobile tracks.

Based on the theme “Snowmobile safety... get a grip!”, the campaign espouses the virtues of these safety enhancement devices which have been proven in numerous studies and whose use is endorsed by industry experts. Offering unrivaled traction in icy and low-grip conditions, stud use is a reliable and sure safety investment for all snowmobilers, notably in a world in which trail conditions are increasingly icy and unpredictable.

“With trail conditions becoming increasingly variable, stud use is an important and significant contributor to the safety and well-being of trail riding snowmobilers”, notes Stéphane Desroches, FCMQ General Manager.   Tanya King, Marketing Manager at Woody’s, the world`s foremost producer of studs and runners for snowmobiles, adds that “we are proud to be able to contribute our expertise in this important field and collaborate towards the increased safety and well-being of Quebec`s snowmobilers. Use of traction products, including carbide runners, improves stability and balance, helping to make for a safer and more enjoyable snowmobiling experience. ”

The campaign will be featured in various FCMQ communications vehicles throughout the 2016-2017 season, including the provincial trail map, the Services guide and Motoneige Québec magazine.

The Fédération des clubs de motoneigistes du Québec, a sectorial tourism association, is a not-for-profit organisation that has been serving its members for more than 42 years. It is dedicated to the development and promotion of safe snowmobiling throughout Quebec. The FCMQ defends the interests of its 200 member clubs and their 90,000 individual members. More than 4,500 volunteers contribute in excess of 800,000 hours annually towards the maintenance of the provincial snowmobile trail network. Some 14,000 jobs are created thanks to snowmobiling, resulting in a level of annual economic activity totaling $3.27 billion, of which $1.9 billion is attributable to the activity itself with a further $1.37 billion coming from related manufacturing activity.

International Engineering and Manufacturing Inc. (IEM), makers of Woody’s® traction products, is based in Hope, Michigan, USA and is known worldwide as the industry’s premier producer of snowmobile performance and safety traction products for skis and rubber tracks. IEM is family owned, currently on its second generation, and keeps up with the latest technology and equipment. Over 48 years, IEM has transformed from a part-time business to an international corporation. This expansion came from perseverance, hard work, innovation, an unwavering commitment to quality products and following through with excellent customer service. Commit to a life with Woody’s® Traction Products because trust and reliability are the best foundation for any terrain™. 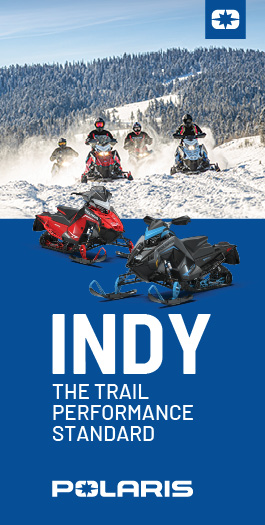